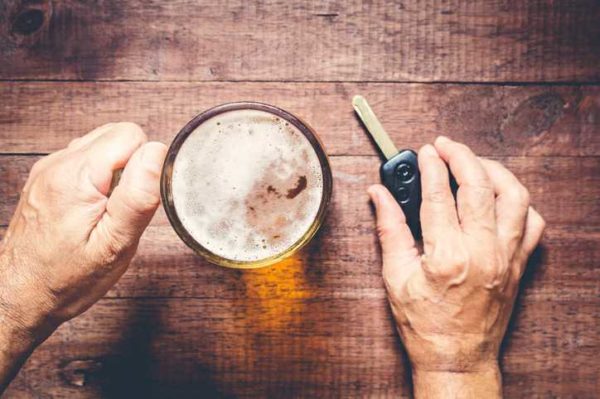 If you asked the average person what they thought about drunk driving, they would probably tell you that it's dangerous. Yet, there is still a staggering number of people who drive after consuming alcoholic beverages.

No matter how responsible a driver you may be, it's almost impossible to avoid sharing the road with them. Law enforcement officers throughout Texas amp up their efforts to keep drunk drivers off the road. Yet they can't catch every DWI offender.

Survey participants admit to driving under the influence of alcohol

The Zebra — a website that compares car insurance rates — recently conducted a survey to gain insight on the habits and attitudes pertaining to drunk driving. The survey found that about six percent of participants admitted that they feel unfit to drive after consuming more than five alcoholic beverages. That's more than enough to affect a driver's judgment, coordination, muscle control and cognitive functioning. In fact, the NHTSA points out that impairment can start at a blood alcohol concentration level of only 0.02 percent, which is well below the legal threshold. Even small amounts of alcohol can increase the risk of drowsy driving, especially at night.

The survey also revealed that:

Data finds that Texas has the most drunk driving fatalities

While the CDC data is outdated, the problem has grown worse in recent years. Since 2016, there have been more than 1,400 traffic fatalities in Texas linked to alcohol impairment. That's nearly 40 percent of all Texas traffic fatalities for 2016, 2017, and 2018 combined.

Texas drivers have a duty to OTHERS

Alcohol-related crashes are preventable when drivers uphold their duty to others on the road. That means finding a safe alternative to driving under the influence of alcohol. Here are some safer choices:

With law offices in McAllen and Edinburg, we serve clients across the Rio Grande Valley in Texas. We offer free consultations and will not ask for any money unless we win your case. Contact us or call us to learn more.