Home > Blog > How to prove who was at fault for a distracted driving accident?

How to prove who was at fault for a distracted driving accident? 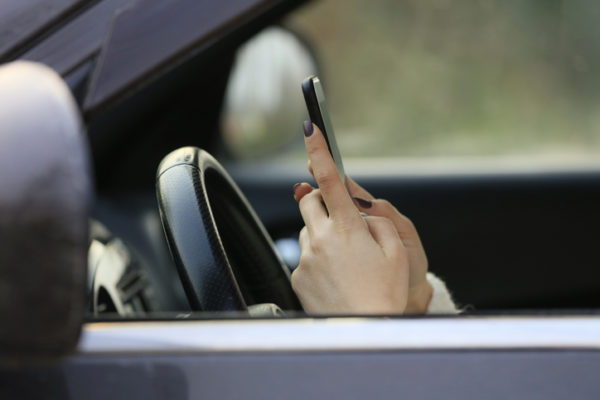 Distracted driving has become one of the leading causes of car accidents in Texas and throughout the United States. Today's handheld devices offer a slew of convenient functions that often cause distraction. For this reason, many drivers have a difficult time turning off their cellphones and putting them out of reach. In addition, some drivers eat, drink, groom and multitask while driving.

Visual — Drivers take their eyes off the road to engage in other tasks or look elsewhere.

Manual — Drivers take their hands off the steering wheel to engage in another task.

Texting has become the most common and dangerous form of distracted driving. It generally takes five seconds to send or read a text message. When traveling at 55 mph, that's equivalent to driving the entire length of a football field with your eyes closed.

Distracted driving is more prevalent than we think

In 2018 alone, there were 2,841 confirmed traffic fatalities linked to distracted driving, according to the NHTSA. That includes 1,730 drivers, 605 passengers, 400 pedestrians and 77 bicyclists killed.

The numbers are likely higher, since drivers don't always leave behind physical or digital evidence. In many cases, distracted driving crashes are only confirmed when an at-fault driver admits to being distracted.

If you were involved in a crash with a distracted driver, you may be eligible for financial compensation through a settlement or verdict. The only obstacle is proving that negligence occurred. We can conclude that you were not at fault for your crash. You could have been rear-ended while sitting at a red light, ran off the road by another driver or hit in a head-on collision.

The driver who hit you may not have admitted to driving distracted. In addition, his or her insurance company may try to pin the blame on you. This is where an in-depth investigation must be conducted by an experienced car accident attorney.

An attorney at Karam Law Firm can find out where negligence occurred by:

Our law firm will use this evidence to help you build a strong legal claim. We'll also deal with the insurance companies and fight for maximum compensation for you. We're located in McAllen and Edinburg, Texas. Contact us online or call us for your free consultation.