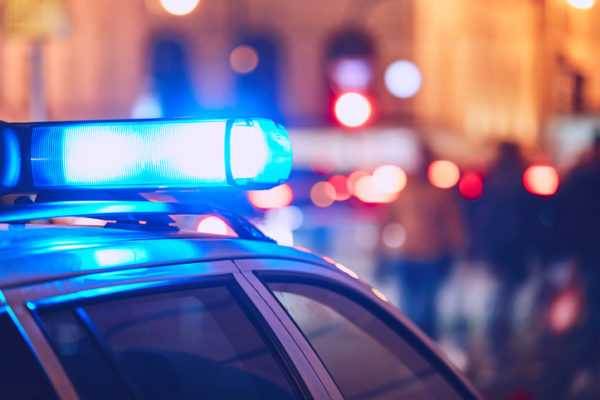 First responders used the Jaws of Life to free people from a recent car accident on a McAllen roadway that's infamous for motor vehicle crashes.

The heavy-duty rescue equipment was necessary because damage to the two involved vehicles was so extensive that people were trapped inside the mangled cars. The crash happened in September 2021 on a Saturday afternoon at the intersection of Nolana Avenue and Jackson Road.

It appears to have been a front-end collision. Neither driver yielded as one car made a turn right when another was crossing the intersection, according to local news station KRGV. Two people were transported from the accident to a hospital for medical treatment. It is not clear whether there were additional passengers in either vehicle.

Nolana Avenue is the frequent site of some serious crashes that often result in injury and death. In fact, earlier this year one person was killed and another seriously injured at this exact same intersection.

The Jackson Road intersection is dangerous, but it's not the only risky spot along this road. Nearby, where Nolana crosses McColl Road, a bad accident that took place in August 2021 resulted in a fatality and an arrest.

Intersections pose many opportunities for a collision. Some communities are installing roundabouts in place of traditional intersections to slow traffic and significantly reduce serious crashes.

A typical intersection provides a range of crash points. Two-lane roadways that meet to form four-way intersections may have more than 30 points where a crash may happen. Just making a right turn offers around 8 opportunities for a crash, according to studies.

The Nolana at Jackson intersection has six lanes going one way (Nolana) and four lanes with a center two-way turn lane going the other way (Jackson). Lined with sidewalks, the intersection is in a busy area full of shops and restaurants.

Intersections can be difficult to navigate, which is just one of the many reasons why drivers need to be attentive.

Most intersection accidents are caused by:

Proving fault can be critical for crash victims

Determining who's responsible for an intersection accident isn't always easy. Even when it seems obvious that the other driver is at fault, it's common for those who cause accidents to deny responsibility.

Keep in mind that Texas uses a modified comparative negligence law that follows the 51% rule. This means that you are only allowed to seek compensation so long as your responsibility for the crash is less than 51%. And in cases involving intersection accidents, fault for the crash is often disputed. Without the right evidence (traffic camera footage, eyewitness testimony, the police accident report, etc.), you could end up absorbing responsibility for a crash that you don't deserve.

A car accident lawyer can help you set the record straight

People injured in accidents can often recover compensation for their medical expenses, property damage, lost wages, and other losses by filing an insurance claim or pursuing a civil lawsuit. But insurance companies are motivated by money, and the more they have to pay you, the less they can keep in profits. As such, it's common for insurance adjusters to question the severity of injuries and what role the victim played in the crash.

Don't let them play games with your health and finances. Take action and contact our law firm to show them you're serious.

At the Karam Law Firm, we offer strategic and aggressive legal representation to accident victims in McAllen and Hidalgo County. Attorney Aizar J. Karam Jr. has the knowledge, experience, and resources to push back against insurance company attempts to minimize or deny your claim, and he will fight for every dollar you deserve.

To learn how we can help you, contact us today for a free consultation with an experienced McAllen car accident lawyer.